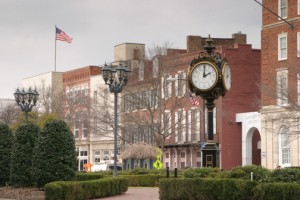 Augusta is the oldest and second largest city in Georgia. Augusta has been rated as the second best place to live in Georgia, and 111th in the nation. (Places Rated Almanac).

Situated on the beautiful Savannah River, Augusta is approximately 150 miles east of Atlanta on Interstate 20 in east central Georgia at the South Carolina border. Augusta is centrally located just two and a half hours from the beach and the mountains.

With nearly half a million residents, Augusta has a variety of amenities including a vibrant arts community, minor league sports teams, numerous colleges and universities, the state’s medical college, the world’s best known golf course and many fine restaurants. And unlike other growing cities in the Southeast, the area has fewer of the traffic snarls and air pollution restrictions plaguing so many metropolitan areas.

Augusta is also home to the United States Army Signal Center Fort Gordon, the top two manufacturer’s of golf cars in the world, highly-regarded museums and numerous national companies. The city is recognized nationwide for its state-of-the-art medical facilities and growing business and manufacturing sectors.

In addition to the low cost of living and affordable housing, Augusta offers its residents a beautiful historic city with a diverse culture, active arts community and mild climate. These are only some of the reasons thousands of retired military families call Augusta home.

Once a year, during the first full week of April, the eyes of the world are focused on Augusta when the world’s greatest golfers gather at the Augusta National Golf Club for the Masters Tournament.

Augusta was once the capital of Georgia and has a large number of historically significant homes and facilities. The Cotton Exchange, established in 1872, supplied local businessmen with cattle and grain quotations from Chicago, stock averages from New York and daily market prices for cotton. It has recently been restored as the home of a local bank. In addition, Augusta is home to Woodrow Wilson’s (28th president of the United States) childhood home; the Ezekiel Harris House; George Walton’s (signer of the Declaration of Independence) home and many more historical places of interest.

Augusta is home to what many consider the most beautiful golf course in the world. The Augusta National. This is the 13th hole.

Augusta reflects the historic charm of the classic South with its tree-lined streets and majestic antebellum mansions. There are dozens of shops and restaurants, cultural and historic attractions in Augusta.

With an average temperature of 62.7 degrees, Augustans spend much of the year outside taking advantage of many parks and recreational facilities.

Water recreation is also prominent. Several state parks dot the area, including Elijah Clark and Mistletoe state parks. Thurmond Lake is one of the largest man-made lakes east of the Mississippi River, with a 1,200-mile shoreline that is longer than the entire U.S. eastern seaboard.

Augusta is the birthplace of the Southern Baptist denomination, and the location of Springfield Baptist Church, the oldest autonomous African-American Baptist church in the nation. Morehouse College was founded in the basement of the church. African American history is honored at the Lucy Craft Laney museum. Built in 1914, The Butt Memorial Bridge was placed in memory of Archibald Butt. It was the first memorial in the world to the RMS Titanic, and is the only such memorial in Georgia. 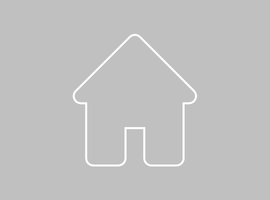